Joined 11 mo ago
·
32 Posts
I'm on my first year with my 445. I tried the terra grips and they worked great for about 1 hour. The chain links stretched loosening the chains then the hook link straightened out and one side fell off. The other side survived the rest of the job, but is also messed up. I've used normal chains on other tractors for years and never has chain links stretch before, but perhaps they were a heavier gauge or better quality chain. I learned my lesson on chain quality years ago when I tried to use a chain hoist to pull over a stump. The chain hoist had small 1/4" link chain attached to a length of hardware store much heavier 3/8" chain. Every link of the 3/8" chain stretched, but no damage to the 1/4" chain. Does anyone know a top quality tire chain for the 445?

Joined 11 mo ago
·
32 Posts
One thing that may have contributed to the failure. These Terra grips did not come with tensioners, perhaps I was supposed to buy those separately? I also had no ballast weight on the back which may have been a factor?

Sure, the rubber strips were showing wear, but I never had any chain or cross strap (rubber) failures. For the right application, they are an effective application. Problem is like many things, they aren't used correctly.

Some very simple facts about clearing snow with a Garden Tractor or SCUT, CUT, whether the snow is cleared with a plow, blower, snow pusher or a rotary broom out front of the machine.

1. The Terra Grips / Chains have to be properly installed. Sadly, many aren't. They are installed loosely and without any tensioners. They are often installed "inside out" greatly reducing the traction benefits. Some are installed backwards, which just makes putting them on and taking them off harder. Installed correctly and fitted to the machine, they shouldn't cause damage to the machine or the product themself.

You can also throw ballast on top of the rear bracket and or even on top of the suitcase weights if needed. I have used as much as 450 pounds of rear ballast on the 455 when using the larger custom plow blade. Ideally, the rear ballast on the tractor should be equal to the weight of the implement on the front of the machine, to remain balanced. The 54" blade and front Quik Tach hitch weigh about 160 to 180 pounds. The 47" front snow blower with the quik tach front hitch weighs closer to 300.

Before I would spend the money on "Premium Tire Chains", I would make sure to have the proper chain tensioners to properly secure the traction aide. Whether its Terra Grips or chains, they need to be installed correctly to work properly. If the chain stretched on the Terra Grips, its because they were loose on the tire. Anything, loose on the tires, is going to fail or cause damage to the machine, the surface or both.

Terra Grips provide traction in most situations without damaging the surface. Steel tire chains will chew up asphalt. They can even damage concrete and leave "rust stains" on the concrete. Seems strange, but its true.

If the 445 was spinning enough to damage the rear Terra Grips and stretch the chains causing failure, its because there wasn't enough rear ballast on the machine.

If you don;'t have a rear weight bracket, they are sold on Ebay, etc. for around $50 to $80 used. Now I see there are companies making after market replacements. 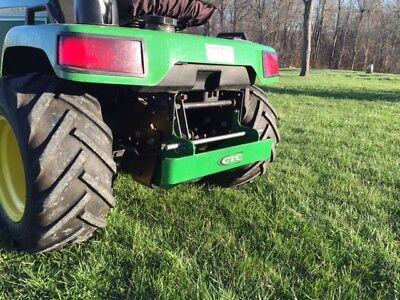 
By the way, the part number of the rear bracket you want is shown in this screen shot.

OutOfApplication said:
One thing that may have contributed to the failure. These Terra grips did not come with tensioners, perhaps I was supposed to buy those separately? I also had no ballast weight on the back which may have been a factor?
Click to expand...

You can use the basic bungee cords to secure them or you can use other tension devices. I used these on the rear tires and found them to work very well. I actually used 2 tension rings PER SIDE. The toughest part is finding the tensioner rings which fit the tires as there application chart was very generic and wasn't helpful That has been a couple of years, so I hope the company selling them has come up with a use chart or system. 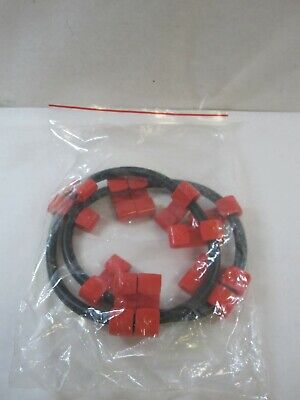 Find many great new & used options and get the best deals for 2 Tire Tensioner Cables For Snow Chains For Wheels LT195/75R14C N1032203 at the best online prices at eBay! Free shipping for many products!
www.ebay.com

You can also use this style shown. Here are tire chains and tensioners which fit your tractor., I will tell you most chains I have seen sold through Ebay, etc. were soft chains and the cross links wore through after using for a season. 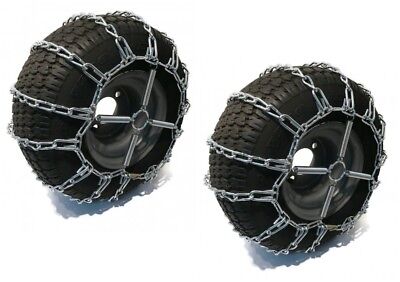 The highest quality tire chains I bought from the dealer lasted 20 years and cost more 25 years ago than tire chains cost today. Most chains 25 years ago were made in the USA or Mexico where most now come from China.

Make sure to get the size that fits, install them correctly, secure them tightly to the tire and then use the right tension aids to keep the chains from slipping on the tire, as they will break the chains and links and come apart if they are allowed to move on the tire at all............

Everyone keeps saying that. After 35 years I'm still waiting for it.
1

Standard twisted link chains usually just scrape of the sealer coat if you spin them. Vbar chains though can start to dig in if you spin them especially with something heavier than a small tractor. I've never used Terra grips but can't imagine they would work near as good as 2 link chains on a 445, at least in my conditions. And yes I had weight on the back. Custom built weight box with 6 suitcase weight hanging on it, an easy 300 lbs.

That is the key. I can not remember the last time I had my rear wheels spin on the asphalt.

My pap's work van did this on concrete 50 years ago! it was icy and snowy and when it finally grabbed (probably had 1000 pounds of product inside) it left a nice crescent-shaped mark about an inch deep, maybe 5" wide and maybe 8" long in the concrete behind the company garage. Was there for decades till the building was sold and gutted.

For our baby homeowner-grade tractors not sure we can muster up the HP for that but the thought of maybe a studded version of terra-grips for those of us with ice or slope problems.

This is an older thread, you may not receive a response, and could be reviving an old thread. Please consider creating a new thread.